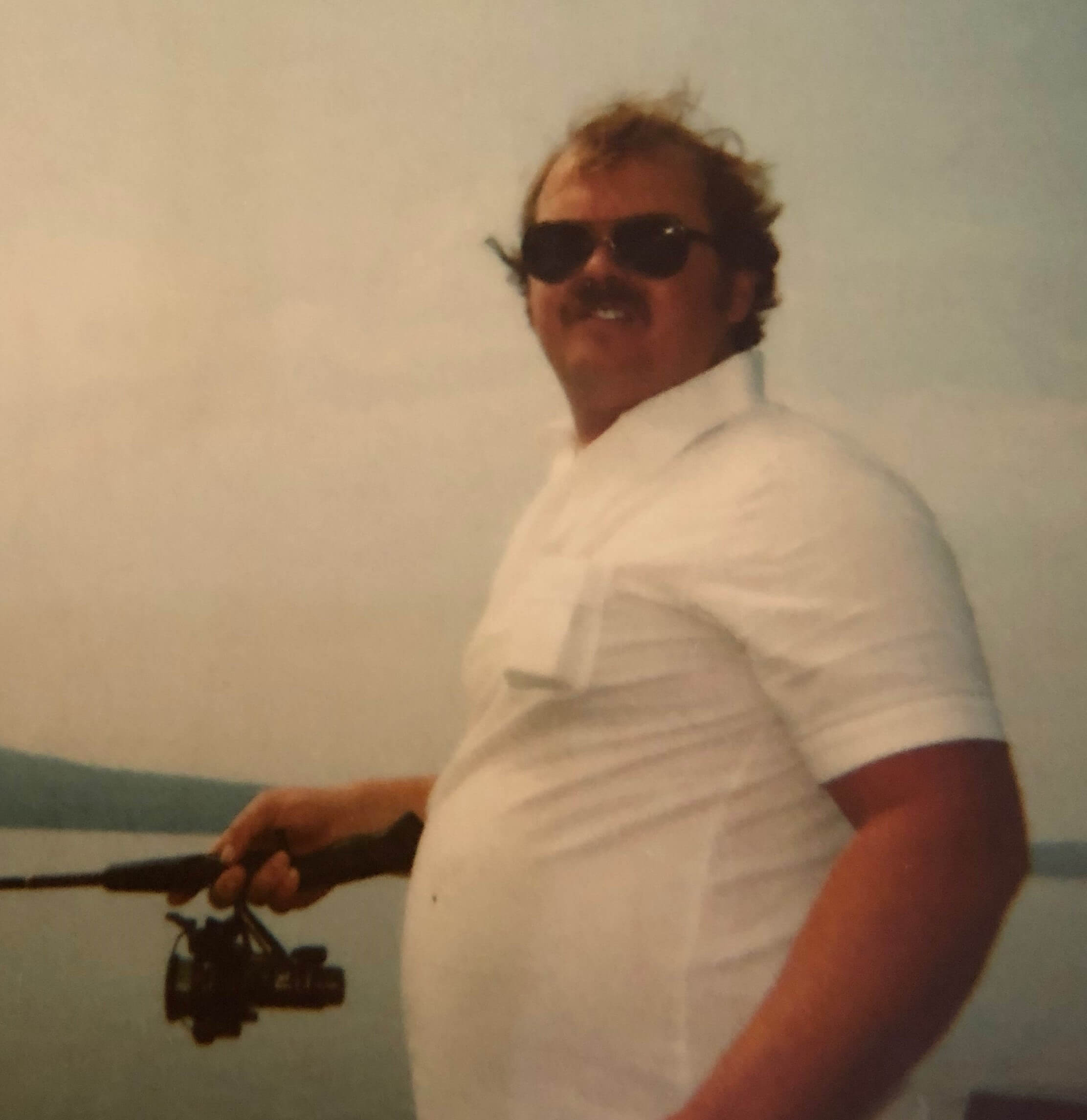 Maurice Hamel of Evelyn Street in Verdun died on the morning of March 9, 2019 at Centre Hospital-ier de l’Université de Montréal (CHUM), with his loving daughter Stacy and his brother Denis and wife Mary at his side. He was 63. Maurice was the last of nine children born in Sherbrooke, QC to Rosario Hamel and Jeannette Bou-dreau. Rosario and Jeannette moved the family to Manchester, New Hampshire where Maurice grew up, married Brenda Parent and raised two children, Stacy and Aaron, and built a successful painting business, while taking great joy in fishing the lakes and rivers of the region and the Atlantic Ocean. In his mid-forties, Maurice moved back to Canada, working in construction and, recognizably to countless Montréalers, as a store Santa Claus at Christmastime. He would wear his Santa hat while serving duty as a Crescent St. parking lot attendant, bringing delight to fans arriving for Canadiens games with his cheerful attention.
Maurice loved children and was kind and respectful to all people. He was a good friend to many, caring in their times of need and always willing to help. He will be sadly missed by his neighbours, notably his long-time buddies Jean-Yves Papin, Stéphane Grenier, and Hudson Foga. Maurice was predeceased by his parents, sister Marie who died in childhood, and brother Claude, killed in a car crash in his teens. He is survived by his siblings Jeanne d’Arc, Fernand, Jacques, Paulette, Jacqueline, and Denis, their spouses, and his numerous nieces and nephews. Maurice is mourned by his children Stacy (husband Eric Mullen), Aaron (wife Terri), and Daniel (age 10), grandchildren David, Quintin, and Charlotte, and his newly-born great-granddaughter Vivienne.
Maurice was also a devoted New England Patriots fan and enjoyed watching them win the Super Bowl again shortly before he entered hospital. He went out a champion. The family would like to thank the doctors, nurses, and support staff at CHUM for their skilled and diligent efforts. The cremation took place March 11th, with Maurice’s ashes to be scattered in one of his favourite nature areas near his family in New Hampshire.

I want to let you know the death of Maurice Hamel